Does WordPress Work on Windows Hosting?

Short answer: Yes it does. However, WordPress is definitely better suited to Unix/Linux-based operating systems and web server stack.

While WordPress will run on Windows-based web servers, most of the documentation and tutorials you’ll find online will refer to Unix/Linux. The same applies to plugins and extensions that require certain libraries or standard Unix system utilities to work correctly.

This is a question I get asked on a regular basis, so thought this post can serve as a good reference. Microsoft and the Windows operating system both have their place, but it’s not the best fit for Open Source web platforms and applications such as WordPress, in my opinion.

Unless there is a very good reason to do otherwise, I would recommend using a Unix/Linux-based operating system and web server. The flavour of Unix or Linux isn’t important, most web hosts will run whatever they prefer (such as Ubuntu, Debian, CentOS, Red Hat, FreeBSD, OpenBSD), and most cloud providers will offer “packages” that come with WordPress preinstalled.

The type of web server also isn’t that important, since most popular web servers you’ll come across are Apache, Nginx, LiteSpeed and lighttpd, these are all suitable for running WordPress.

Aside from the best suited operating system, I have also found that Windows servers typically requires at least twice the size in the way of memory, CPU and disk space than an equivalent Unix/Linux server due to requirements for the Windows operating system. Another note for always-on systems, the uptime is usually lower because Windows server updates often needs several reboots unlike Unix/Linux that only needs to be rebooted for major updates.

If you’re a Windows kind of person, you’re probably familiar with Azure (check out this guide on the Azure blog here), so it’s worth mentioning that there are a few WordPress packages (that run Linux under the hood) on the Azure Marketplace.

Your own mileage may vary, and these are just my experiences. 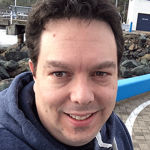